The Xbox Series X is an extremely powerful console at an affordable price. While the console is pretty affordable compared to gaming PCs, the controllers for the console can set you back a lot.

If you have been playing the Xbox consoles for years you may have some Xbox 360 controllers or Xbox One controllers lying around your house. If you only need a controller every so often, when a friend is at your house, then you probably don’t want to spend $100 on a new controller.

In this article, we are going to take a look and see if the Xbox 360 & Xbox One controllers work on the new Xbox Series X and S consoles.

Can I Use An Xbox 360 Controller On Xbox Series X|S?

Can I Use An Xbox One Controller On Xbox Series X|S?

How To Connect Xbox One Controller To Xbox Series X|S

The controller should then connect to your console and start working immediately.

If you have a wired controller, you should be able to plug it into a USB port on your console and have the controller start working instantly.

What Is The Best Cheap Xbox Series X Controller?

If you want to pick up a new controller but don’t want to pay the premium price tag of an official Microsoft controller, you may want to go for a third-party controller. You can check out some of the best options below. 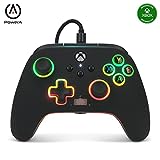 So, unfortunately, that old Xbox 360 controller you have tucked in a drawer in your house won’t be making an appearance on your new Xbox Series X anytime soon. In future, we may see some adapters come out that allow you to connect the old controllers to the new consoles.

How To Fix MW2 Files Failed To Validate – [Easy Guide]