Often referred to as a BFGPU (Big Ferocious GPU), the RTX 3090 is one of the most powerful cards you can buy within Nvidia’s Ampere-based RTX 3000 series line-up. With 24GB of G6X memory and ten thousand CUDA Cores under the hood, it provides Titan-class performance which can handle any AAA game or professional workload with ease.

With such enviable power on hand, you don’t want to cheap out on your CPU and get one which will bottleneck the performance of your RTX 3090! In this article, I’ll introduce you to five worthy prospects for your gaming and streaming PC.

Before we get into the list, first let’s take a peek at the RTX 3090’s spec sheet.

Just below the 5950X, the Ryzen 9 5900X is one of the top processors from AMD right now. With 12 cores and 24 threads, going up to a 4.8 GHz boost clock, it has all the necessary power to gobble up pretty much any workload you can throw at it.

As with most high-end CPUs, the 5900X doesn’t come with a stock cooler; you’ll have to get your own. Since the max temperature for it is 90°C, I would recommend you get a capable one that can handle its thermal output with ease. Overclocking is possible as well, since it is unlocked.

Its 70MB of cache also helps it to dominate gaming and other workloads. Granted, the 5950X is more powerful, but you’re getting a better bang for your buck with the 5900X. 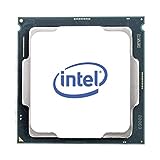 If you’re on a budget but need a CPU that can handle your RTX 3090 without creating a bottleneck, the Intel Core i5-10600KF is a good choice. Yes, it belongs to an older generation of CPUs (we’ll discuss the latest Raptor Lake CPUs later), but it’s still worth considering.

As Optimum Tech has said, the i5-10600K is one of the best CPUs in Intel’s 10th Gen lineup. When compared to the Ryzen 5 3600, it often shows a boost in FPS in games like Star Wars Jedi and Far Cry 5. It also has plenty of overclocking headroom. Of course, being an Intel CPU, there are some extra costs attached to it too. You’ll need to get a decent Z490 motherboard and a high-performance cooler. But if you’re looking to squeeze out extra frames, this one might be it.

But, you may be asking, why did I pick the i5-10600KF variant? The only major difference between this and the regular ‘K’ variant is integrated graphics. Since you have an RTX 3090, you probably won’t need it anyway. So, you can save some money. In terms of core count, boost clock, and TDP, it’s the same. All in all, the Intel Core i5-10600KF is a good budget-friendly CPU to pair with the RTX 3090.

If you want something middle-of-the-line but still more high-end than the Ryzen 5 5600X, the Ryzen 7 5700X is a good option to look into. It has an impressive 8-core, 16-thread configuration with a boost clock of 4.6 GHz and a low TDP of 65W.

Using Precision Boost 2, you would also get some extra performance out of it. Since it doesn’t come with a stock cooler, be sure to install a worthy cooler that will keep it from overheating. Besides that, it has a 36MB cache and supports DDR4 3200.

The RTX 3090 is a great GPU, no doubt about it, but there are some CPU-intensive titles out there like Star Citizen and Escape from Tarkov which demand a more powerful CPU for smooth performance. For that, along with other workloads like video editing, the Ryzen 7 5700X falls in the sweet spot.

The ‘3D’ in the Ryzen 7 5800X3D stands for the 3D-stacked SRAM technology, and it’s the first one in this category when it comes to consumer CPUs. Thanks to this, it packs a whopping 96MB of L3 cache which provides a boost in gaming performance. Pretty cool, right?

Without going into all the techy details (you can read more about it here), CPU cache doesn’t make a huge difference when it comes to most workloads. But games benefit a lot from it, allowing for textures and 3D models to load quicker, and thus the 5800X3D is highly recommended for gaming and streaming rigs.

Other than that, it has 8 cores, 16 threads, and a 4.5 GHz boost clock. It also doesn’t come with a cooler, so you’ll have to use your own. In a nutshell, get this CPU if you want the highest possible FPS from your RTX 3090 without holding it back. 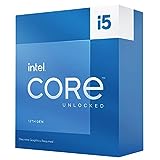 Since you’re using an RTX 3090, why not go for the latest CPU from Intel? The Core i5-13600KF is the most affordable model in Intel’s new Raptor Lake lineup of processors. Let’s talk about all the exciting upgrades this new generation brings. First, DDR5 memory sees a boost up to DDR5-5600 (up from 4800), although DDR4 stays at 3200. Compared to the 12600K, the 13600KF has a higher boost clock and more cache.

The reason I picked the ‘KF’ variant of this CPU is the same reason why I picked the i5-10600KF: since you already have an RTX 3090 or are planning to buy one, you don’t need integrated graphics and can save some money that way.

You can also do some crazy overclocking with this CPU thanks to the 5.1 GHz boost clock. Just be sure to get a Z690 or Z790 motherboard along with a capable AIO. Overall, the Intel Core i5-13600KF is a great cutting-edge CPU to pair with your RTX 3090.

Although the specs for all partner cards are more or less the same, if you haven’t yet bought your RTX 3090, finding the right card for yourself can be a chore. So, let me help you out. The EVGA RTX 3090 FTW3 Ultra checks all the right boxes: it has a triple-fan configuration with nine iCX3 thermal sensors. Armed with an all-metal backplate, it’s highly durable and comes with adjustable ARGB lighting too.

If you’re building an all-white setup, you’ll like the ASUS ROG Strix RTX 3090 White OC Edition. This card has far more to offer than just a white body. It has been overclocked to 1.89 GHz and has a triple axial-tech fan design to keep temps under control. Thanks to its beefy 2.9-slot design, it has more surface area and more thermal headroom too.

When it comes to RAM, everybody has different requirements based on workload and use case. In general, I would recommend at least 16GB DDR4 3200 MHz RAM, to begin with. There are many great kits you can buy from brands like G.Skill, Corsair, and Kingston which offer high clock speeds and tight CL timings. You might also want to consider getting DDR5 RAM if you’re using a compatible processor and motherboard.

So, these were the top five best CPUs for the RTX 3090! Before you make a final purchase decision, I would recommend you get an idea of your current and future use case to make a more informed choice. After you’re sure, go ahead and get your beast CPU to start gaming and streaming!