As a live streamer, it’s important that your audience is able to see you clearly. Granted, the game takes up the majority of the frame, but if your viewers are able to see your expressions and reactions, it creates a better connection and a more enjoyable experience. Thus, buying the right camera for streaming is an essential part of your setup.

Although plug-and-play webcams and even mobile-based streams are becoming wide-spread these days, nothing can ever beat the sheer authenticity and clarity that Digital Single-Lens Reflex (DSLR) cameras have to offer. Despite being designed as digital alternatives to traditional film cameras, with recent innovations, it’s easier than ever to use one for live streaming too. So, let’s look at the five Best DSLR cameras for streamers…

DSLR vs. Webcam: Is It Worth the Premium?

Even though I just described the technical and cinematic awesomeness of DSLR cameras, there’s no denying that they do cost a significant premium over webcams, camcorders, and other “good enough” viable solutions for Twitch streaming.

Whereas you can get a decent webcam for around $100, DSLR cameras only start around $300. So, let’s discuss some reasons why DSLR cameras are genuinely worth the extra cost and who they are most suitable for:

First and foremost let’s talk about the most important benefit of DSLR cameras: the high resolution and framerate that they offer. Most of the ones on this list can capture video in 4K at 60 or at least 30 frames per second, which is definitely impressive.

Just take a look at an image captured on a webcam versus a DSLR, and you’ll know what I’m talking about: these cameras are on a whole other level. And it doesn’t only end with the great image sensors. They also offer better low-light visibility, zoom features, and autofocus.

Although DSLR cameras tend to be pretty bulky compared to webcams, one major benefit of that is that they come with in-built batteries and can be used as portable standalone cameras without any cables too.

This means that if you’re going outside of your streaming studio and want to get some professional coverage, you can do so. With webcams, that isn’t an option since they need to be plugged into a laptop or PC at all times.

As you might already know, the lenses of DSLR cameras are often interchangeable based on many factors like shot customization and cinematographic theme. This opens up a wide array of opportunities for customization and even upgrades down the line.

Even though this adds to the cost factor, it’s still a plus point for those who are looking for the best stream quality. It just allows you to add more personality to your facecam, and if you’re not into it, you can always just stick to the default one by the manufacturer.

Overall, if you care about quality and want to leave no stone unturned in creating the best possible live stream for your audience, a DSLR camera is the right way to go. It won’t only give your setup a major upgrade, but will also guarantee professional-level quality. Now that you know the wide-ranging benefits of a DSLR camera, let’s look at the top five best ones you can buy for Twitch streaming in 2022…

Canon is one of the most respected companies in the DSLR space, so it’s no surprise that their EOS Rebel SL3 is one of the best all round cameras for Twitch streaming you can buy right now. Right out of the gate, it not only offers 4K HDR 30FPS recording capability but also gets rid of common DSLR-related issues like automatic shutoff timer and autofocus box display.

In addition to all of that, you also get a 3” LCD rotatable screen which can come in handy for monitoring your facecam. Plus, this camera also has smart control capability: using the complimentary app, you can adjust it through WiFi or Bluetooth without even touching it. This makes it even better for streaming because if you want to make a slight change while you’re online, you don’t have to get up and interrupt your stream to do it.

Overall, this camera is perfect for anyone who streams in 4K on YouTube or Twitch and wants their facecam to be at the same resolution. That too, without spending more than one grand, and still getting a user-friendly and durable camera.

Although you can’t, with any level of honesty, label a DSLR as “Budget-Friendly,” there are some options out there that provide a top-notch video quality without breaking the bank. Coming in just under $300, one of the best ones out there is the Canon T2i.

When it comes to the image sensor, it has a 18MP APS-C CMOS sensor. Although not as good as some of the other options on this list, it can still manage 1080p Full HD 30FPS, which is impressive nonetheless. Along with that, it also comes with some other user-friendly features like built-in flash, a compact form-factor, and a 3” Clear View LCD monitor.

Overall, definitely put the Canon T2i on your list if you’re on a budget and still want a solid DSLR camera. With its decent feature set, it achieves a perfect balance between price and performance. 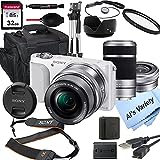 Although the A5100 is often referred to as the little brother of the Alpha A9 due to its smaller form factor and portability, it still has both the visual fidelity and a ton of user-friendly features that make it a viable live streaming camera.

One of the main features of the A5100 is the ability to interchange the lenses. The one that you get in the box is more than sufficient, but this is still a plus point if you’re looking to customize it to your exact needs.

Another great feature is the 3.5” flip-up LCD display, which can come in handy for monitoring your facecam while keeping your primary monitor clutter-free. Overall, the Sony A5100 is a solid Twitch streaming DSLR camera. If you’ve been using a standard webcam up till now and want to up your game with a high-end DSLR, this one might be your ticket! 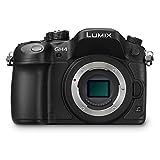 The Panasonic Lumix GH4 is the camera that you’ll find in Justin Brown’s setup, along with many other successful streamers, and for good reason. With a 17MP Live MOS image sensor and an ISO Range of 200-25600, it’s more than capable of capturing stunning pictures and footage.

One feature that makes it perfect for live streaming is that it rarely overheats during long hours of use. If you’re a streamer who is online for hours and hours, then you’ll definitely appreciate this feature. Plus, it also doesn’t have an automatic shutoff timer of any kind.

If you’re planning on taking the Panasonic Lumix GH4 outdoors for some photography, it also has 3.5 hours of battery life. It doesn’t fall back in terms of build quality either, being armored with a weather-sealed magnesium alloy body.

If you’re a streamer who plays a lot of horror games and throws tantrums and jumpscares every now and again, you’ll surely appreciate the 51-point autofocus system of the Nikon D780. Unfortunately, one downside of this camera is a missing flashlight. Even the Canon T2i has that feature, and it retails for a significantly lower price.

All in all, get the Nikon D780 if you’re a professional-level streamer and can afford to put this kind of dough on your setup camera. If you’re also a professional photographer or filmmaker, then it’s even more perfect and will give you a better bang for your buck.

Is Clean HDMI Out Important?

Unfortunately, some DSLR cameras often send out basic UI elements and text overlays on top of the video feed when plugged into your PC, like framerate, battery, and aperture. Although this could be useful for general use cases, it’s not suitable for live streaming.

Thus, you need to find a clean HDMI out or SDI out port in your DSLR camera to get unedited and authentic footage for your stream. Unless it’s clean by default, in which case you don’t need to do anything, you’ll probably have to mess around in the Menu Settings and find an option to disable the UI setting.

From there, you can plug the HDMI cable into a video card like the Elgato Cam Link 4K or the Blackmagic ATEM Mini and then to your PC through USB so it’s labeled as a webcam. All of the cameras on this list have a clean HDMI out port, and are thus perfectly suitable for live streaming.

How to Turn Off Automatic Shutdown in DSLR Cameras?

Because DSLR cameras are traditionally not meant to run for long periods of time, the manufacturers often activate an in-built Automatic Shutdown preset. This generally shouldn’t be a problem for photographers, but for live streamers who stay online for hours and hours on end, it could be annoying.

This is why, whenever you buy a DSLR camera for your live streaming setup, be sure to check if it has this feature or not. It will most likely be labeled as “Energy Saving Timer” or “Auto Power Off.”

Based on your camera, it can be set to anywhere from 30 seconds to 30 minutes. In any case, if it is enabled, disable it directly in the settings to avoid any issues down the line. In addition to this, some DSLR cameras also have a “LCD Auto Off” timer. If you’re using the DSLR itself to review your facecam, this is something you’d want to disable too.

So, there it is! Five of the best DSLR cameras for Twitch streaming in 2022. Besides helping you make your final decision and choose which camera to purchase for your own setup, I hope this article also helped you out with any relevant queries you might have had. For a quick summary, here are the DSLR cameras I listed in this article: